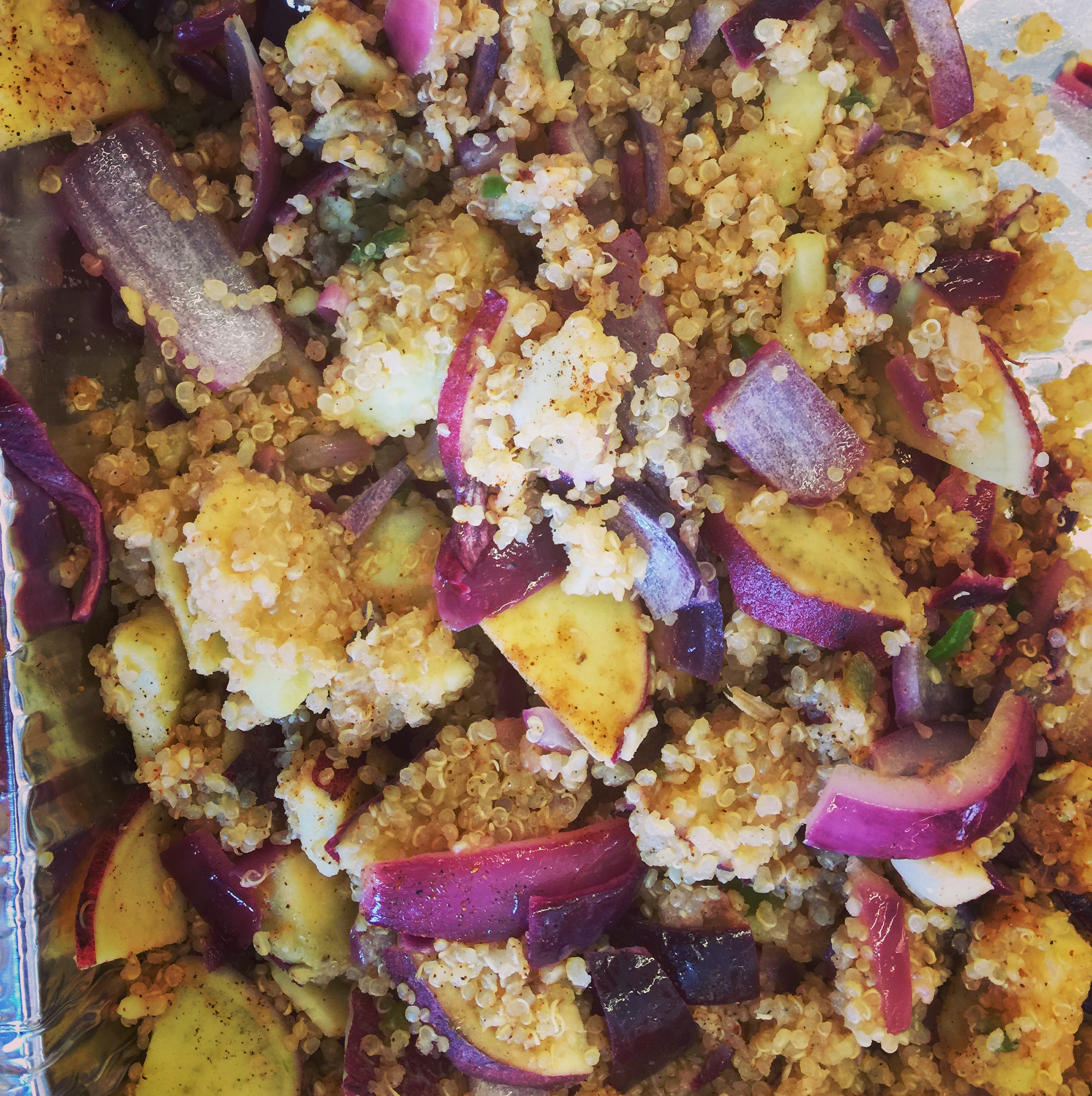 I recently made this robust Fall dish for a cooking demonstration for the wonderful employees at Anchin, Block, & Anchin, and it was heavenly. I used all organic ingredients. Why organic? Organic refers to the way a food was grown, raised, or produced and is certified based on government-defined standards.

Originally, all foods were “organic.” They were grown and prepared without pesticides, herbicides, chemical fertilizers, or irradiation.

Foods were unrefined, whole, or minimally processed. Since World War II and the advent of chemical farming and food processing, the soils and foods of much of the world have been depleted of many important minerals and nutrients.

Our food these days is not only deficient in nutrients, but also full of pollutants and farming chemicals. The modern process of denaturing foods via heavy refining and chemical treatment deeply affects the life force of our food supply, making it difficult to foster equilibrium and health.

Pesticides have been shown to create extra work for the immune system, causing cancer and disease in the liver, kidneys, and blood. Pesticides accumulate in the organs, resulting in a weakened immune system, allowing carcinogens and pathogens to filter into the body. Organic certification is the public’s assurance that products have been grown and handled according to strict natural procedures.

Try making these for a holiday function (family parties are perfect!), or make a big batch on the weekend for an easy stash and dash lunch or dinner.

Recipe adapted from the Food Network

Want more cool wellness tips and recipes? Stay in touch by leaving your name and email below!